What open-world games on PC need to learn from The Legend of Zelda: Breath of the Wild

Home/companies/What open-world games on PC need to learn from The Legend of Zelda: Breath of the Wild
Previous Next

What open-world games on PC need to learn from The Legend of Zelda: Breath of the Wild 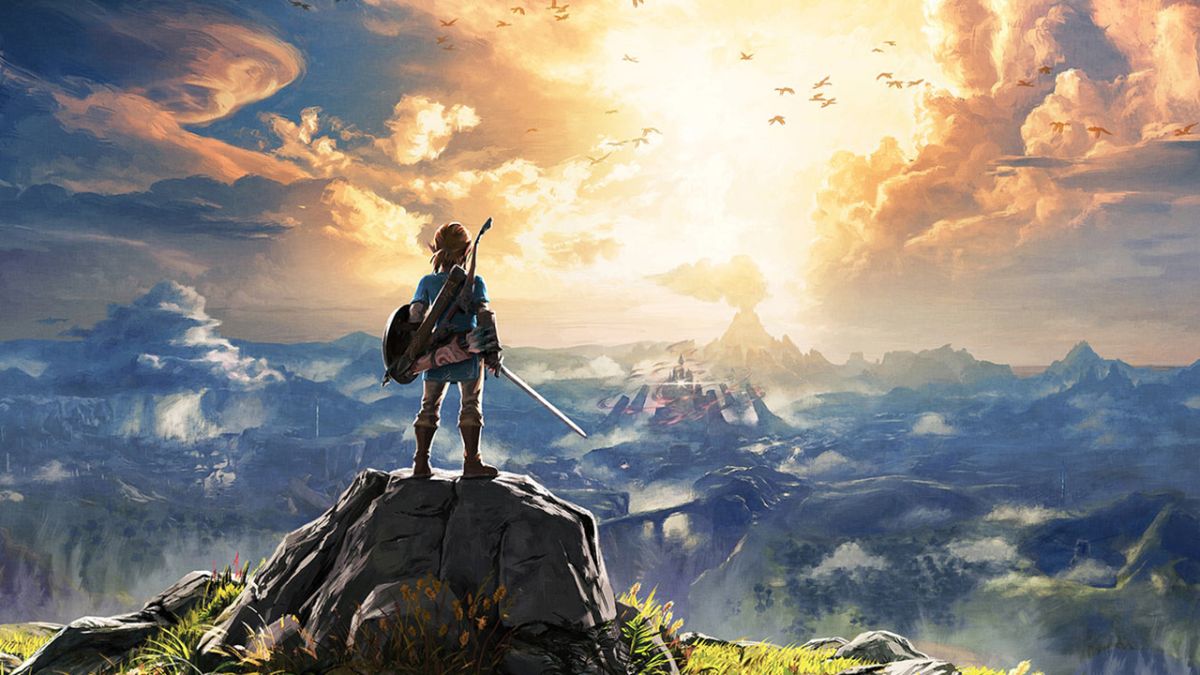 At E3 last year, our own Wesley Fenlon waited in line for an hour at a Nintendo booth to confirm a suspicion he had that The Legend of Zelda: Breath of the Wild was, in spirit, a PC game. What that demo couldn’t have told him is that Nintendo, a company often lauded for being behind the times, was building more than a homage to the open-world genre. It was making a game that should set the standard for all others going forward. Breath of the Wild will never come to PC ( not legally anyway ), but I pray to Hylia that its DNA does.

With survival games choking up Steam Early Access and open-world games like Watch Dogs 2 releasing every few months, Breath of the Wild could have easily drawn from these games and relied on their well-trodden tropes. Instead it subverts them.

The first time I climbed a tower in Hyrule to reveal a chunk of the surrounding map, I braced myself for the inevitable wave of icons that would—like screaming babies—demand my time and attention. But then I reached the top, plugged my Shiekah Slate (think of it like an ancient iPhone) into the tower’s console and watched the fog peel back to reveal the map. Not a single icon was there. Breath of the Wild’s world isn’t empty, but it doesn’t give a damn whether I want to seek out its hidden treasures or not. Pay attention, Ubisoft.

As PC Gamer’s resident MMO fanatic, I’m no stranger to the Curse of the Golden Exclamation Mark. First popularized in World of Warcraft, it’s a symbol that has come to define an entire generation of games that want to make it explicitly clear that there’s a thing that needs doing. Its lineage has cross-pollinated to almost every singleplayer open-world game, dotting their landscapes like acne in case, god forbid, I miss something. You can imagine how puzzled I was when the tower revealed the map and no icons told me where to go.

That subtle change is fascinating for a variety of reasons, not least being that Nintendo is often seen as a company geared towards casual gamers. Yet the irony here is that Breath of the Wild treats its audience with a respect that few open-world games ever do these days. If I can’t figure out how to navigate and survive in post-apocalyptic Hyrule, well, too damn bad. Dark Souls fans rejoice, because Zelda demands I ‘git gud’ or die trying.

That isn’t to say that Breath of the Wild is needlessly punishing. But it does rely on a far more nuanced visual language to communicate where to go. Early on, I learned that shrines, essentially mini-dungeons, could give me orbs to increase my health and stamina. Of all the things I can find in Hyrule, shrines are easily the most important, and Nintendo communicates that without slapping icons on a map to show where they are. Instead, shrines glow with vibrant red energy that can be spotted from nearly anywhere on the map.

Breath of the Wild treats its audience with a respect that few open-world games ever do these days.

Everything else, however, is up to me to discover—and only if I want to. While Far Cry 4’s map often is an explosion of side activities each vying for my attention, Breath of the Wild builds a hierarchy of importance around its secrets, and that hierarchy is binary. Either it’s useful for making Link stronger and therefore glows red or it doesn’t matter all that much.

One wrinkle to that rule is when it comes to getting items to expand my inventory, and it’s by far one of my favorite things about the Breath of the Wild. Forest sprites are hiding nearly everywhere in Hyrule and will give me special seeds I can trade in for more bag space. To find them, I must observe the environment in a way I haven’t done before in open-world games. Is there a lone tree on a small island in the middle of a lake? There’s a sprite there. Does an otherwise smooth cliff face have a small ledge protruding from it? Is there a circle of lilies floating in a pond? Sprites are likely waiting at each one.

Breath of the Wild does a wonderful job at tickling my spidey senses and consistently rewarding me for giving into my hunches that something’s just not quite right about that tree.

There’s more to Breath of the Wild than a refreshing take on exploration. Once I decided where to go, I needed to figure out how to get there. And that put me in direct conflict with not only the monsters along the way, but Hyrule itself. See, Breath of the Wild isn’t just an open-world game, it’s also a sandbox in the vein of STALKER, where dozens of interlocking systems create a Hyrule that feels more alive than ever.

There are few aspects of Breath of the Wild that don’t interact with the gameplay in some meaningful way. Rainy weather doesn’t just extinguish fires, it also makes rocky surfaces slippery and much more challenging to climb. And god help me if I’m ever caught out in a lightning storm with a metal shield on my back.

Breath of the Wild’s game logic is so robust and whole that it makes the world feel believable and coherent.

Every videogame is bound by a set of rules called ‘game logic’ that defines how its various parts interact with one another. The simplest form of that game logic is that if I shoot a thing, it should die. Unfortunately, open-world games sometimes struggle to follow their own rules due to their immense size and freedom.

In The Division, for example, civilians are completely impervious to bullets—they pass right through them. It’s not that I want to run around killing innocents, but there are many more interesting ways to include non-combatants than making them invincible. There could be some meaning to the interaction. Maybe they fire back in defense, maybe I’m punished for killing them in some way. In Zelda, I can’t kill friendly NPCs either, but my sword doesn’t just pass through them. They recoil in defense, yell at me, and will even hit back to get me to stop.

Breath of the Wild’s game logic is so robust and whole that it makes the world feel believable and coherent. Not only is all of Hyrule governed by realistic physics, it uses various systems to prod those physics and create complex interactions. Wind spreads fire across fields of grass, but fire also creates upward gusts of wind that I can exploit with my paraglider.

When you compare that to the gold standard of open-world RPGs like The Witcher 3, you realize how light on complexity those games can be. Not to say that The Witcher 3 isn’t amazing, but its sense of freedom comes from the scale of the world and the choices you make in the story—not the unfettered freedom of manipulating the environment to your advantage.

Those physics can have more immediate effects as well, like smacking a foe with a hammer so heavy that they fall over and drop their weapon. Normally I use this as an opportunity to pick up their own weapon to use against them, but one time it backfired spectacularly. During our fight, the enemy’s club passed through a nearby campfire and burst into flames. After I disarmed him, the weapon fell into the grass and started a bushfire. I turned my attention to finishing off the foe without realizing the fire was spreading towards an explosive barrel just behind me. When the game over screen appeared, I wasn’t even mad, I was just stunned. Layers of cause and effect like that are rare in most games, but Breath of the Wild is surprisingly capable at conjuring up these little stories.

While those moments are certainly special, what I’m more appreciative of is how few gaps there are in Breath of the Wild’s game logic. Twenty hours in, and I’ve yet to discover a game design island—a feature that exists wholly separate from everything else.

Back in 2012, Watch Dogs touted the “dynamism” of its world, going at great lengths to simulate how wind travelled through downtown Chicago. But, as pretty as it looks, that wind is functionally useless and has zero impact on how I play the game. Yet in Breath of the Wild, I’m constantly feeling the effects of even the slightest breeze. That obsession with systemic interaction coupled with a refreshing take on exploration makes Zelda ambitious by far more than just Nintendo’s standards.