Starved for the sport on PC, Old Time Hockey is a bit of a letdown

Home/companies/Starved for the sport on PC, Old Time Hockey is a bit of a letdown
Previous Next

Starved for the sport on PC, Old Time Hockey is a bit of a letdown

We haven’t had an NHL game from EA since 2008, and we haven’t seen many alternatives since. However, now that I’ve spent a good chunk of time with it, Old Time Hockey isn’t the exhilarating, arcade sports game that it initially looked like. In your hands, Old Time is stuck somewhere between NHL 94’s d-pad scheme and the modern NHL games’ skill stick. I’d love to see a developer create a deep, engaging fighting system for a hockey game, but this sadly is not that. Old Time Hockey isn’t the game P
Company: pcgamer, Activity: pcgamer, Date: 2017-03-28
Keywords: news, games, pcgamer, companies, starved, game, settings, hockey, play, bit, old, feel, sport, puck, isnt, pc, letdown, nhl, games 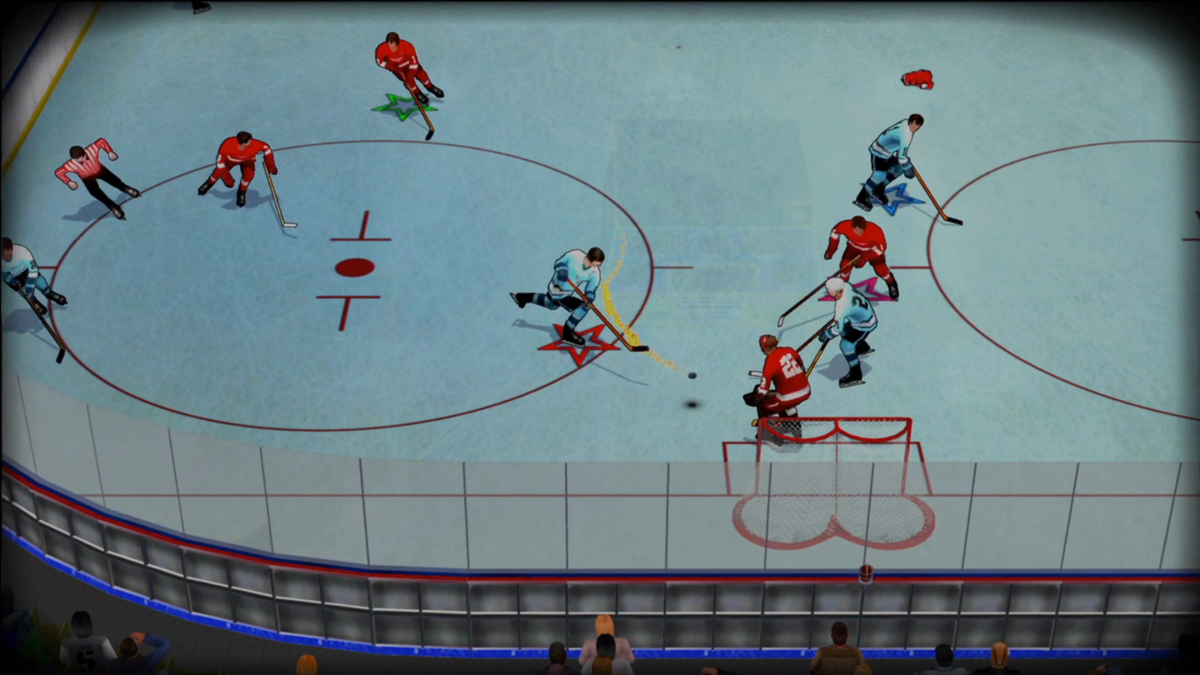 Hockey is in dire need of representation on the PC. We haven’t had an NHL game from EA since 2008, and we haven’t seen many alternatives since. I’ve wanted an alternative to the more realistic NHL series, so when Old Time Hockey was announced back in December, I got pretty dang excited because it evoked a mixture of the Sega Genesis classic NHL 94 and NBA Jam, down to the puck catching fire after a bone-shattering hit. However, now that I’ve spent a good chunk of time with it, Old Time Hockey isn’t the exhilarating, arcade sports game that it initially looked like.

It isn’t a fun game for newcomers to just pick up and play. I found I had the best time when playing on the hardest difficulty or with a friend who had played as much as I had to know all the ins and outs. Also, Veteran difficulty made the game feel a lot less random. It makes more sense when goals go in, and the AI just works better on both sides.

One of the big issues is control. Shooting, passing, and skating don’t feel as snappy or as fast as they should, and that’s probably the main obstacle for new players. In your hands, Old Time is stuck somewhere between NHL 94’s d-pad scheme and the modern NHL games’ skill stick. There are multiple control types, including styles that use two buttons, three buttons, or more in the settings menu. All of this feels much closer to the modern NHL games as opposed to the more arcadey style of games like NBA Jam, which is a bit disappointing when it’s accompanied by flaming hockey pucks and body checks that produce comic book-like “BAM!” and “BOOM!” exclamations.

Likewise, when you’re not in possession of the puck, the pass button becomes the “switch player” button, but it seems to only cycle between the players who are closest to the puck, which doesn’t help me when I want to switch to a player who has a better chance of getting in the opponent’s way or hitting them off the puck. This would often result in a free scoring opportunity for my opponent, as the AI isn’t reliable enough without your control.

Another frustration is the lack of goalie control. I don’t necessarily want to play a goalie, but it’s annoying when every time the keeper gets the puck, he passes it behind the net. There’s no exception to this. If a player wants to exploit this, they can just wait for the puck behind the net, grab it, and get another opportunity at a goal. And for an arcadey hockey game, it’s confusing that hustling (the game’s version of speed boost) causes you to lose the puck, forcing you to skate after it.

Naturally, fighting is a big part of Old Time Hockey. After you drop the gloves, you have two options: punching or dodging, both assigned to its own button. Sadly, there isn’t much nuance, as pressing the punch or dodge button doesn’t always mean your player will respond with a swing or a duck. I wasn’t able to intuit how it works, leaving me to mash the punch button in the hopes that I would down my opponent first. I’d love to see a developer create a deep, engaging fighting system for a hockey game, but this sadly is not that.

As for modes, Old Time Hockey has single exhibition games and a story mode, which is more like a tutorial for the Advanced controls. That means, unfortunately, that you can’t play through story mode with the two- or three-button controls. I’m currently in the midst of my playthrough, but whenever I intend on playing a number of games, I always drift away and just play exhibition games instead. I vastly prefer the Retro, three-button control scheme, as it just feels better for this game. And with the lack of modes, online multiplayer is sorely missed. Old Time Hockey could be a more enticing experience if you didn’t have to find a nearby friend or play against its lacklustre AI.

One thing developer V7 Entertainment absolutely nails is the music, art, and atmosphere that encapsulates Old Time Hockey. It’s like a time capsule that takes you back to the ’70s, where you can almost feel the cool air of the arena and hear the scratching of metal and wood on ice. It’s an awesome style that I’m positive any hockey fan will appreciate.

Having played Old Time on both the PS4 and PC, I noticed that there aren’t any differences between the two, except for a couple resolution settings on PC. And while it’s disappointing that you won’t be able to play at a higher resolution than 1080p, every option works well on my 1440p monitor and the lowest settings even give the game a retro, pixelized look—unfortunately, however, the game’s text in menus and the UI suffer when playing in these resolutions. Another unfortunate choice by the developers is that you can’t change the resolution unless you exit the game completely and restart it—the game always asks you to choose a resolution on start-up.

There are also a variety of settings that let you customize the game, including adjusting the camera between Action, Broadcast, and Classic views. I mostly played in the Action view because it felt closest to what I’m used to in hockey games—in fact, it feels closer to the 16-bit NHL games than Classic does. I’m also not a huge fan of the game’s cartoony sound effects that feel like they’re straight from the Looney Tunes, so I was glad to see that I could disable them. And of course, if you play any sports game, you’ll know that the commentary almost always grows tiresome after a while. Thankfully, that can be turned off as well once you’ve grown tired of hearing the same lines.

Old Time Hockey isn’t the game PC gamers deserve—it doesn’t commit enough to the type of sports game it wants to be. Its Advanced controls feel like they’re trying to copy the NHL series, but they’re too rudimentary to be exciting to use. And then everything else about the game makes it feel like it’s trying to be an irreverent mix between the 1977 movie Slapshot and NBA Jam. Old Time Hockey is worth a look if you’re a fan of the sport who desperately wants to play a game of it on PC—but it may take a while of tinkering with the control settings to figure out how you want to play it.