Day of Infamy, a standalone WWII rework of modern combat game Insurgency, is worthy of the ‘Day of’ moniker—which in this case references Roosevelt’s Pearl Harbor speech, but also tips its hat to the classic Half-Life mod and eventual standalone game Day of Defeat. For a more modern comparison, because Day of Infamy does play differently than its DoD cousin, it’s pulling me in like the launches of Red Orchestra 2 and Rising Storm did. That level of pressure has been rare in Day of Infamy so far—
Company: pcgamer, Activity: pcgamer, Date: 2017-03-28
Keywords: news, games, pcgamer, companies, infamy, spawn, smoke, rifle, does, classic, mod, inspired, team, justice, wwii, right, point, shot, day, defeat 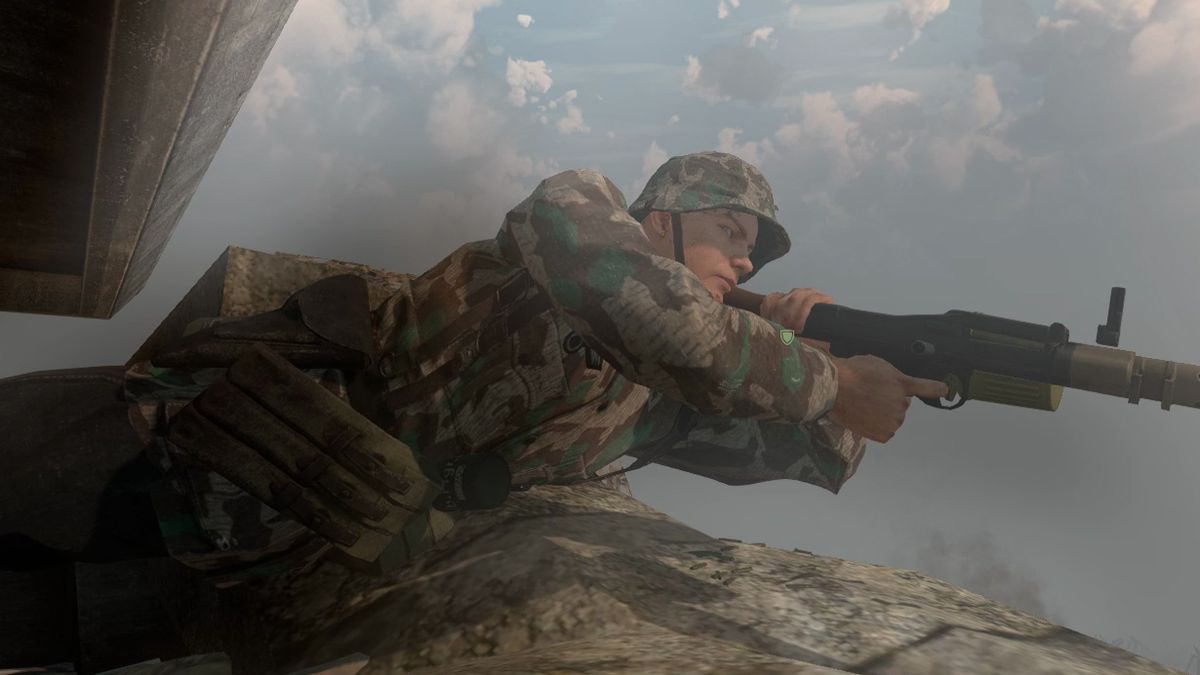 Day of Infamy, a standalone WWII rework of modern combat game Insurgency, is worthy of the ‘Day of’ moniker—which in this case references Roosevelt’s Pearl Harbor speech, but also tips its hat to the classic Half-Life mod and eventual standalone game Day of Defeat. It’s what I probably imagined Day of Defeat would like in the future, back when I was staying up all night playing it in the early 2000s.

For a more modern comparison, because Day of Infamy does play differently than its DoD cousin, it’s pulling me in like the launches of Red Orchestra 2 and Rising Storm did. It shares a lot with those games—friendly-fire and officers who can call in airstrikes, for instance—but with simpler weapons and tighter, blockier Source Engine maps, striking a balance between Red Orchestra’s ‘you can manually bolt your rifle’ authenticity and the action of classics like Medal of Honor: Allied Assault. It’s nice to hear the ping of an M1 Garand again.

I heard every clang as he trudged around the building looking for the holdout keeping the point secure.

At one point, hunched in the corner of a crumbling apartment with a bolt-action rifle, I listened as metallic footsteps approached and faded away and approached again. I didn’t dare hit Tab to see who was alive, but suspected I may be among only two or three still-breathing teammates, while the others waited to spawn in a new wave of reinforcements—it gave me those late game Counter-Strike nerves, when you know your whole team is watching your last stand.

My stalker could have hit Alt to creep, silencing his footsteps, but I heard every clang as he trudged around the building looking for the holdout keeping the point secure. Then, a cloud of flames erupted through a doorway to my right. The flamethrower’s burning tip appeared through the door first, the hunter followed and turned to his left where I was crouched in a kitchen, and I shot him in the chest. (Damn campers.)

Had I missed, I’d have been charcoal, and as it turned out, we would’ve lost. That level of pressure has been rare in Day of Infamy so far—I’ve played about five hours—as wins tend to be more decisive. But I did witness one match come down to a knife fight, and another end with half of a team hunting down just one guy from my side. Watching from the dead ranks, we cheered him on as he evaded like experienced prey, darting through buildings, doubling back, eventually falling to a burst of machinegun fire.

Above: Ultrawide support makes me happy.

Outside of those arena shooter-like standoffs, success in Day of Infamy is half planning, half execution. The most frustrating moments (outside of being blown up by a plane in my spawn) occur when I get the former part right, but flub the follow-through. I suspect a troop of reinforcements will jog down an alley to the right, for example, but I’m a second too late deploying my machinegun’s tripod and what would’ve been four easy kills ends in waiting 25 seconds for another respawn wave.

But as ABC’s Wide World of Sports reminds us , the thrill of victory must contrast with the agony of defeat. In my first properly good match, which put me in the upper third of the scoreboard, I found a perfect spot to cozy up with my machinegun sights, wasting the better part of two waves as they sprinted between buildings—even hitting some through smoke cover.

One minor detail unexpectedly boosts the thrill of Day of Infamy: you can’t see your K/D ratio while alive. You aren’t meant to know whether or not you just winged someone, or if spraying through clouds of dust and smoke had any effect, until you’re between lives. If you can’t see a body—which is often, with how much smoke is used—the only way to know your target isn’t aiming back at you is to go look (or get shot). Several times I took a long shot with a bolt-action rifle, but had no idea if I hit the mark until I opened the scoreboard later while waiting to spawn. The delay only makes it more gratifying to learn that an unlikely shot was on target. The little number by your name is so tiny, even it can’t seem to believe that you ticked it up with that shot.

I only wish talking to my team were more fun so far. The built-in voice chat works well, but last night it was dominated by a few witless sacks of head cheese spewing racial slurs as they tried extremely hard to be seen as brave provocateur scamps. No one wanted to talk to the racist tryhards, so for the most part, no one else talked.

It’s possible I was just unlucky to end up in that group, and muting players mitigates the problem, but it was a disappointing first impression of the community. When I do find a team that’s communicating in a fun way, calling out enemy locations and coordinating attacks—which also happened, briefly—Day of Infamy can absorb hours just as well as Day of Defeat did back when I was in high school.