6 things Destiny 2 needs to be a success on PC

6 things Destiny 2 needs to be a success on PC

Now, with the sequel potentially under six months away, I want to talk about what it needs to ensure success on PC. The leaked poster mentions the beta will take place on PS4, implying similar deals can be expected for Destiny 2. Note also that this year’s Resident Evil 7 was a ‘Play Anywhere’ title, meaning saves transferred automatically between PC and XB1. As mentioned above, The Vault of Glass raid is brilliant, and arguably the thing that persuaded players to stick with Destiny. It goes wit
Company: pcgamer, Activity: pcgamer, Date: 2017-03-28
Keywords: news, games, pcgamer, companies, destiny, bungie, vault, players, trying, raid, possible, things, success, pvp, pc, needs, dont 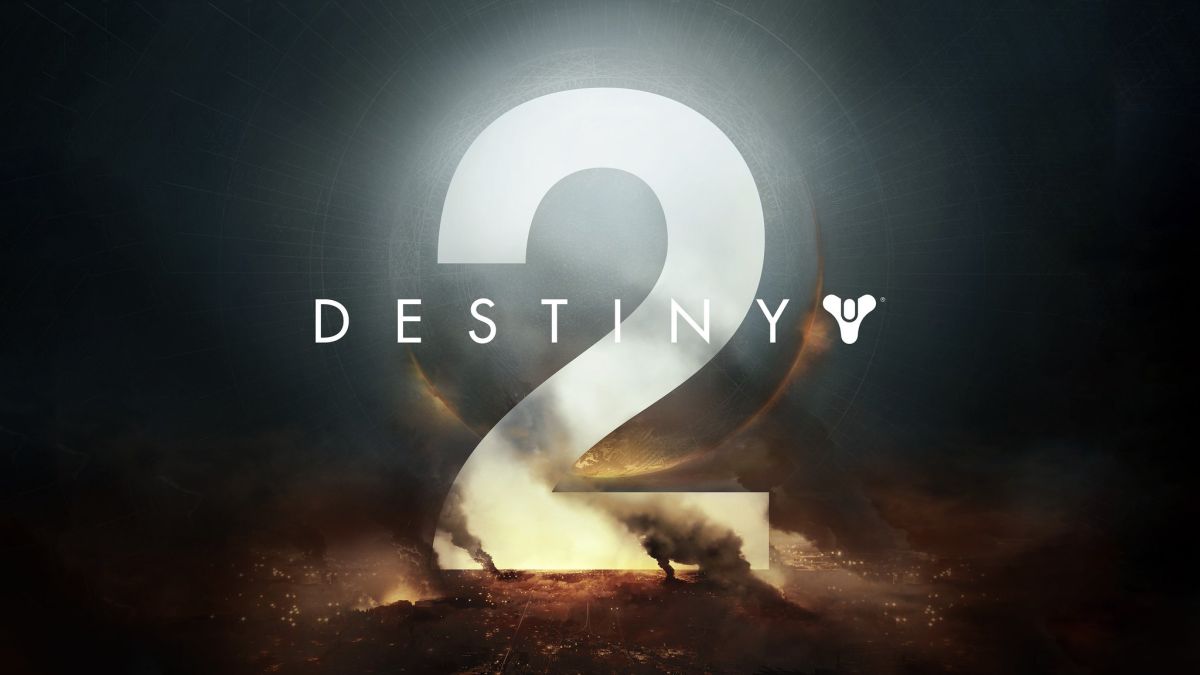 This week saw the official announcement that, yes, Destiny 2 is an actual thing , and though we’re still waiting on confirmation that the PC version exists, let’s just say I’ll eat a lifesize replica of the Helm of Saint 14 if it doesn’t happen. That confidence comes from a combination of leaks , reporting elsewhere , and our own sources—all of which point to Bungie’s looter-shooter sequel getting a PC release, with September 8 looking likely according to leaked Italian promo materials. Hopefully we’ll know for sure when the first trailer hits on Thursday.

Should you care? I think so, because despite my day job I sank a frankly absurd amount of time into the original—especially the brilliant 6-player raids like Vault of Glass and Wrath of the Machine. But equally I can understand why many PC gamers are cool on the idea. After all, the original Destiny had the rockiest of rides at launch, thanks to its confusing endgame, borderline broken economies (“hello loot cave, my old friend”), and a black hole where the story was supposed to be.

But over the following three years, Bungie has been able to right its listing spaceship thanks to multiple patches and DLC drops, most notably The Taken King expansion, which fixed key systems, shored up the world building, and generally made the grind more enjoyable. There were still missteps along the way—I shiver when I remember re-levelling every Exotic weapon in the House of Wolves era—but in terms of comebacks, Destiny has been the console equivalent of Diablo 3’s return from the brink.

Now, with the sequel potentially under six months away, I want to talk about what it needs to ensure success on PC. Let’s take performance scaling and variable framerates as things we should just expect in 2017, even if it is a decade since Halo 2, which was the last game Bungie released on PC. With both High Moon Studios and Vicarious Visions assisting development on Destiny 2, it’s likely that the PC version may be outsourced, but regardless of the provenance, this is what I’ll be looking for…

This may seem a strange one to start with, but bear with me. The original Destiny suffered from platform exclusivity deals between Sony and Activision that meant PlayStation players got certain PvP maps, Exotic weapons, and even Strike missions a year ahead of their Xbox counterparts. The leaked poster mentions the beta will take place on PS4, implying similar deals can be expected for Destiny 2.

Destiny 2 looks to launch on Sept 8th with a possible beta before! #destiny2 pic.twitter.com/XnhI992sIDMarch 23, 2017

Anything that discourages people from playing on PC is bad from our point of view, because we want the healthiest playerbase possible. So let’s hope Bungie enables persistent accounts so players can hop platforms easily (the exclusive content would just be disabled). Aligning the PC and Xbox versions would also represent an easy win for Microsoft. With the next Xbox (currently dubbed ‘Scorpio’), almost certain to be what we’d consider a current mid to high-end PC in a box, being able to use the same characters and gear on both would be a boon for those who like to play at a desk and on the couch.

Note also that this year’s Resident Evil 7 was a ‘Play Anywhere’ title, meaning saves transferred automatically between PC and XB1. Buying it through the Windows 10 Store also gave you access to both versions, as per first-party titles like Gears of War 4 and Forza Horizon 3. While I don’t expect that sort of largesse from Activision, the precedent for account sharing is there.

Here’s a trickier one. Destiny’s biggest problem to date has been the vast periods of time between balance patches and DLC drops, which has led to the community getting increasingly burned out and irate at replaying the same content ad infinitum. The bad news is that, even with a much improved engine, Bungie isn’t going to be able to solve this. However fast the developer pumps out new stuff, the community will burn through it faster. Now for the good news: the community might also hold the answer.

Imagine a world in which Destiny 2 ships with a retooled version of Halo 3’s Forge mode , enabling players to create and share new missions and maps. Bungie’s community team could pick the best stuff each week, stick it on a leaderboard, and attach loot rewards for completion. The potential, especially on PC where editing is inevitably going to be easier with mouse and keyboard, would only be limited by the tools. And the inherent creativity of gamers coming from the modding scene means I’d expect the most exciting stuff to get made on PC first, and then propagated to the consoles.

3. Don’t forget to include a story this time

Vanilla Destiny brought us such scriptwriting gems as “that wizard came from the moon” and, even more insultingly, “I don’t even have time to explain why I don’t have time to explain” . But the lack of story was no joke, given that the first game’s big finish was a battle against a trio of reanimated garden statues overseen by a giant green-black blob, the motivation of which remains unclear, despite the fact I must have played that mission hundreds of times. It has been heavily reported since, and I’ve also been told by a source close to Bungie, that the original narrative arc was jettisoned late in development, resulting in the Frankenstein’s monster of a story Destiny shipped with.

Given the ambitious shared-world scope—how do you create story beats which players are expected to experience over and again without getting bored?—it was possible to cut some Bungie some slack first time around, but that won’t wash for the sequel. Happily, it’s thought that Destiny 2 is being helmed by Luke Smith , who was previously lead designer on the Vault of Glass raid and then director of The Taken King expansion. Or in other words, the best bits. If anyone can get the story right, it’s him. Oh, and Luke, please don’t tuck all that cool, Dark Souls-style lore away in Grimoire cards that only exist outside the game on websites and apps.

The Vault of Glass raid is a spooky masterpiece.

4. Double down on the Raids

It’s like trying to do synchronised swimming while being shot at.

As mentioned above, The Vault of Glass raid is brilliant, and arguably the thing that persuaded players to stick with Destiny. On PC, we’re no strangers to raiding , but unless you’ve dabbled with Warframe, or to a lesser degree The Division’s Incursions, then you won’t have experienced anything like this from a shooter. Last year I took some curious PC Gamer colleagues through the King’s Fall raid, and they emerged from the Dreadnought hours later, blinking and battered. “It’s like trying to do synchronised swimming while being shot at” was one verdict.

The beauty of Destiny’s raids is that they are time-motion puzzles which, on the hardest setting, require impeccable communication between six players with varying loadouts and responsibilities. There’s also nothing like going in cold, trying to decipher the requirements of each encounter, and then executing perfectly. Or, more likely, wiping a lot. It goes without saying that Destiny 2 must launch with a raid—it will be a key part of selling the game to the PC audience. The level of teamwork required means that automatic matchmaking is going to be a no-no, but raiding will be much more attractive if LFG functionality is baked into the game, rather than left to Reddit and third-party sites like The 100 to look after.

Destiny 2 is heavily rumoured to focus on the militaristic Cabal race.

5. Give up on balancing unilaterally across PvP and PvE

Both Destiny and The Division have struggled with trying to balance weapons and gear across two modes which operate very differently. Nerfs applied to prevent weapons from becoming obnoxious when used against other players often render them useless when pointed at swarms of AI enemies. While I understand the desire to keep performance reasonably consistent in both PvE and PvP, I also think players can cope with some slightly more creative design.

The risk otherwise is that whole weapon archetypes get removed from the meta, as has happened to Fusion Rifles, Hand Cannons, and Auto Rifles at various points in Destiny’s life. And not for trivial amounts of time either. The lack of regular balancing meant players were often stuck with a miserable experience (ask veterans about Thorn’s damage over time tick, or the obnoxious range possible with a well-rolled Matador 64 shotgun) for months on end. Destiny 2 needs a much more active approach to balance from the sandbox team, and ideally a more flexible mindset when it comes to how PvP changes affect the PVE experience. On this, I’m not confident unfortunately.